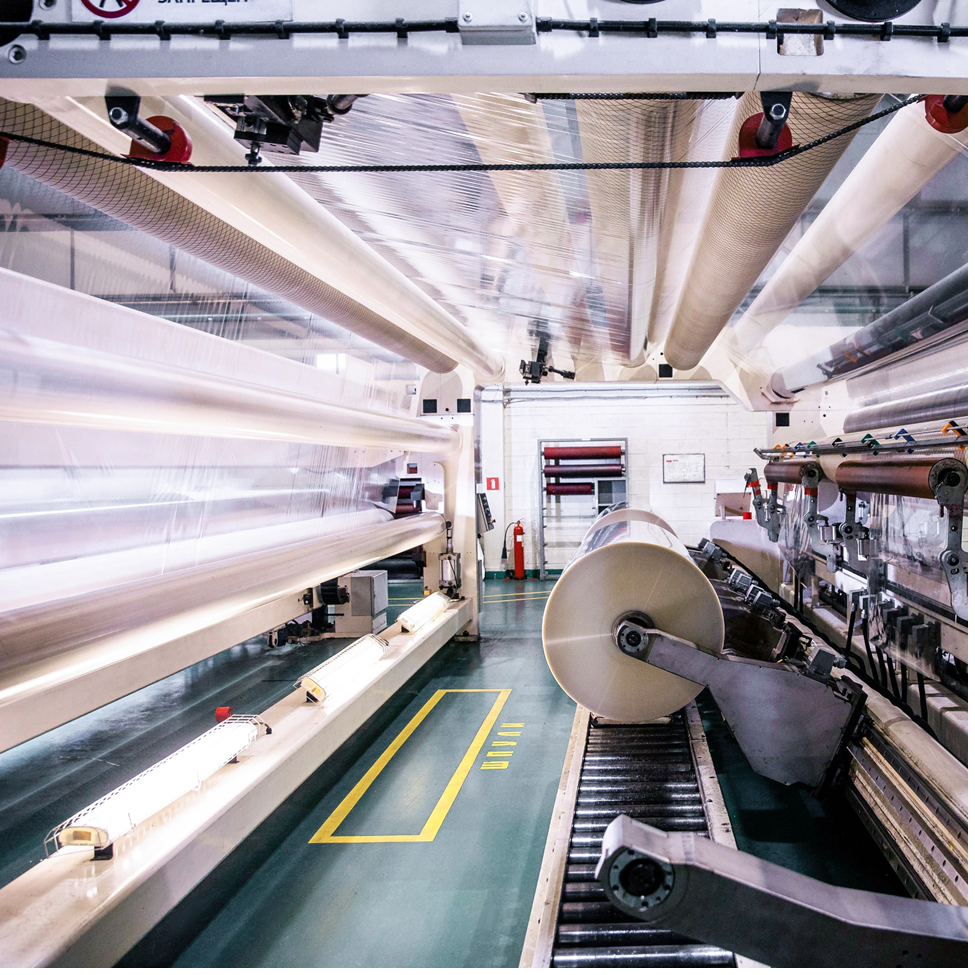 Two machine vision system have been installed at the production facility of BIAXPLEN (part of SIBUR) in Kursk. One system produced by DeCoSystem (Italy) was installed on the LEYBOLD film metallisation unit as part of the project to improve the quality of output, including the high-margin HBV.M film.

The other one was produced by OCS (Germany) and deployed on the DMT-3 production line as the nation’s first pilot project in the BOPP segment. It identifies small (<1 mm) defects with high precision and in real time, which facilitates a quicker correction and reduces the quantity of non-conforming products. The system will also make enable us to classify defects and determine their location on a roll boasting an accuracy of a few millimetres. After manufacturing, the system automatically generates a report detailing the identified defects, which helps promptly eliminate them during the primary and secondary cutting and prevents poor-quality products from reaching customers. The system helps operators spot defects early on and promptly remedy them during the winding of jumbo rolls.
This innovative solution could enable BIAXPLEN to reduce the volume of non-conforming products with optical defects manufactured at its Kursk facility by up to 70% in 2022.

Vitaly Kaklyushkin, head of Digital Technologies: There was a great deal of preparation involved in the process of scanning the market for most suitable systems. We staged two full-scale pilot tests of various systems during the secondary cutting and sent product samples with optical defects to each of our vendors for lab testing. We also took into account the global experience of our peers and BOPP equipment manufacturers, as well as consulted with colleagues from Manucor and users of similar systems from related industries in Russia. Our main goal was to find and implement a system that would have a technical margin of safety for several years to come and would be capable of identifying the maximum scope of defects from BIAXPLEN's relevant classifier. As the project team, we expect these systems to complement the facility and will actively participate in the development of this technology and rolling it out across the Company’s geography.”
Media Center
FEEDSTOCK AND ENERGY
PETROCHEMICALS
Basic polymers
Synthetic rubbers
Plastics and organic synthesis
ENERGY
BUSINESS SERVICES